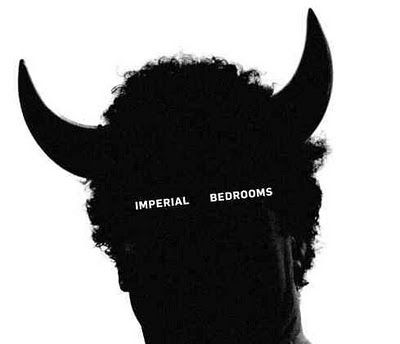 Bret Easton Ellis is the author of four controversial novels including Less Than Zero, The Rules of Attraction, American Psycho, and The Informers. He grew up in Los Angeles where he played keyboards for many new wave groups, hung out in the LA punk scene, and now is often nostalgic for that time in the early 1980s. He wrote a few novels at an early age, made it fashionable to go to Bennington, and eventually moved to New York City. He was often attacked for the intolerable violence in his novels, his character's passivity, and his generally "devoid of morals" esthetic, especially in 1991's American Psycho which was so violent that one publisher refused to publish it. Presently, Ellis has been working on a novel about the fashion world and supermodels. So watch out!

How did you come to write The Informers? Where did it come from? Did you write this right after American Psycho?

Bret Easton Ellis: It was written over a ten year period of time. I started working on it in 1983 and I finished it last August. It was 50% longer. It was the project I could go to, with no intention of ever publishing it, whenever I got major writer's block with the other novels. I would go back to this book which seemed to be about a group of people that criss-crossed paths in Los Angeles. That would relax and loosen me up, whenever I got stuck or tripped over someone's voice in one of my other novels. The Informers was the place to practice a new monologue or a new voice. It was like going to a gym, or getting in shape for a marathon.

I went down to Richmond, Virginia to finish this novel which I had been working on for a long time. I hoped to finish it by Christmas. It was due to the publishers. A friend had a house down there. I had my own room. I had all my stuff splayed out there. I couldn't write any of this new book, and went back to The Informers. I started to play around with it. It just became more and more apparent to me that if I don't push this book out of my life, then I'm going to be fooling around with it, and I'll never get to this other book that I really want to write. So I offered this to my publishers with the provision that I would be finishing my other book. I said "You don't have to publish it. I'm just making good on my deadline. You can take it, or throw it away." To my surprise, they liked it. There were a few stories, that I wanted in that, we argued over.

You spoke of the Rikki Lake show before. What kind of influence has the media had, growing up watching TV, now being 30 years old--how has that informed the novel?

The question is "How has television informed every book?" Media has informed all of us, no matter what artform we pursue, whether painters or musicians. TV has unconsciously, whether we want to admit it or not, shaped all of our visions to an inordinate degree. How? I don't know. I couldn't give you specifics. Is it good or bad? I don't know. I think it just is.

What do you think of the more alternative, subpop, cultural phenomenon like the Internet and the Zine scene? Is there any connection to what you're doing?

Probably not. I'm sent a lot of Zines from other people though. Tower Records in LA has a Zine section. This last winter I picked up a couple of them. There was this guy who was doing what Dickens used to do; he was serializing a novel. It was an interesting way to get your work out there. This novel was very good. The writing in most of the Zines isn't that great. But some fiction in Esquire and The Atlantic sucks too. The pessimist in me wants to leap out sometimes and say "This generation is a bunch of dumb asses that just want to sit around and watch Nick at Night." Then there's those who are trying to get their work out through Zines. It's all about getting your work read in a time when so few people actually read. There's the Internet now and some people are reading that instead of touching books. I think that's scary, but I'm old-fashioned. I have a computer but I've never been on the net. I'm very scared of progress.

To stress the visual aspects of writing and how media has influenced us, there's one chapter in The Informers which is all unanswered letters. Younger people, being influenced by media and being more visually oriented, would not write letters like your character Sean chooses to do?

It's true. I didn't think of that when I was writing the story. I liked the conceit of writing an epistolary section of the book. On the page, letters, and the way the story is set up, it works better with words rather than dialogue. What am I saying? I know what you're saying. It's a good point. In terms of scenes in books I'm writing, in terms of how words look on a page, in terms of space breaks, in terms of how much white should be on a page: these are all things that I think about constantly. If I see that a paragraph looks--just aesthetically, visually--too long and for some reason interrupts some narrative flow or fluidity, then I will break that paragraph up. Not necessarily because of the language or the words, but purely on a visual basis. With a conversation, you might want to get across the idea that they're not connecting, so in a visual way you can string along twenty single lines of dialogue. The visual stimulus that words have on a page is something I think about. I don't know if older writers are concerned with that.

Speaking of dialogue--there's quite a bit of dialogue in what you write. You seem to have an ear for dialogue. Is that something innate? Where did you develop that?

Everything I wrote is a monologue. Less Than Zero is a monologue by this zombie surfer dude from L.A. Everyone thinks "Clay, he's so sensitive because he went to school back east." He decides to leave in the end. That would always bother me when people would say, "the hero of the novel". He isn't a hero at all to me. He's like this big void. He troubles me more than any other character that I've written about. That novel is a monologue and so is American Psycho.

Why you and your novels are successful and widely read is because you have captured a common language; at the same time, you're stylizing it. Are there any writers or artists who helped you develop that sense of writing with your ear?

That's a really good question. Where does it come from? I would say from seeing a shitload of movies, reading a ton of books, watching enormous hours of television, and having it all soak in. If for some reason you want to be a writer, that's where the ear comes from. I don't know what other reference points there were when I was growing up. It was books, movies, TV and rock and roll.

What about raw experience? Is what you write about purely literary and formal, or is it a depiction of a certain world you've been a part of?

It's really strange. Getting back to Less Than Zero--everyone always assumed that it was such an autobiographical novel. Understandably so, because it was a first novel, and everyone thinks that a first novel is autobiographical. Except for the fact that both Clay and I left Los Angeles and went to college back east, it's incredibly un-autobiographical. I had actually written two books before Less Than Zero, where I rid myself of a lot of autobiographical tendencies, when I was 16. When I wrote Less Than Zero, I was really writing about a person that I found totally morally bankrupt. The reason why he troubles me more than the other characters is because at least he has a bit of a conscience. Yet he still refuses to break out of his passivity. He still allows evil to flourish around him. That bothers me more than Patrick Bateman from American Psycho, who I can look at as a stylized villain or a big metaphor for a ton of stuff, and a launching pad for anything you want to say was wrong about the 80's: consumerism, yuppiedom, greed, serial killer chic, etc.

There's something else to your writing. From the point of view of a reader, you seem connected to this lineage of writers associated with satire; writers like Swift, CŽline, and the Marquis De Sade. Do you see a connection with your writing to that lineage?

I have no idea. Totally not connected. Never informed any of my work. Didn't know who CŽline was till American Psycho was published. I still haven't read much of Sade. I didn't see a connective thread to any other writers. Still don't. I've been influenced by a lot of writers, but I still can't see a thread between me and Hemmingway, Joan Didion, or Joyce, or Flaubert: people who did influence me. When you ask me about a specific writer, I would be pretty hard pressed to tell you where their voice comes from, although I think that I'm pretty well read.

Do you ever write autobiographically?

It's interesting, this idea of being so overwhelmingly influenced by pop culture, and yet, in your writing, not that influenced by events in your life. That's a new idea very common to artists of this generation. You're making up stuff, but at the same time it's autobiographical because it stems from how you're feeling. I think temperament and sensibility can be autobiographical. American Psycho was, for me, an autobiographical novel. Not because I went around chopping up prostitutes, not because I worked on Wall Street, but because the tone of the book accurately reflects how I was feeling when I was writing it. If I was a well-adjusted happy person doing the writing of that book, it would have been a much different book. It would have been a lot less violent and bitter.

How do you feel about all the negative criticism that you received? The Informers received initially all negative reviews, then it turned around. Readers tend to really like your novels or to really hate them.

I've been reviewed a lot. I've been reviewed in the New York Times eight times: four times daily and four times in the Sunday. I never got a good review. The one that appeared last Sunday was the first one. So I got one out of eight. The daily review of this book called it "stupid". They actually used the phrase "This is a stupid book." This other guy said it wasn't stupid. Everyone has an opinion. I have to tell you honestly that I just don't care what anyone says. I really can't take pleasure in that one good review. I got more calls from people who saw the review who were more gratified than I was. I don't think that the literary establishment is about to take a new overlook of my career, or work. What you said earlier about people not forgiving me for American Psycho--that's going to stay true for a long time. You don't write a novel for a reaction. You write novels for very personal reasons.