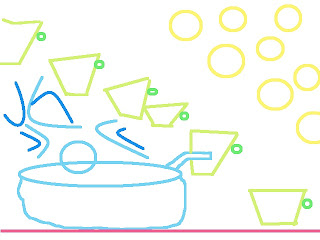 In countries like Mexico, TV stations basically hire newswomen because of their looks. Is this a fault of the women that continue to play that game or of the employer?

First of all, Mexico is not the first place to have done this. Back in 1977 I wrote a column that I actually won an award for, back when I was working for Sports Illustrated, a TV-radio column. And one of the very first women that was hired to cover sports—if you actually want to call it “covering sports”—was Phyllis George. Who was she? Phyllis George was Miss America! That was basically her credentials for covering sports. I wrote a column about that. What was that? 35 years ago? And now you’re telling me that this is happening now in México? Why am I not surprised?

We live in an era of what I like to say to my journalism students—I was just teaching an introductory course this semester—I like to say to them over and over again, “keep following the eyeballs. The eyeballs will lead you to the money” and the money being what are people are looking for to “support journalism today”. And mainly men watch sports, we know this demographically, so how are you going to appeal to get them to watch even more sports? You’re going to put attractive women, who may or may not know much about sports but their attractiveness is what is going to bring in the audience. So again, follow the eyeballs. They eyeballs on television tend to go people who are attractive, who will attract the audience that they want to attract in order to get the advertisers that they want. So it’s a pretty well known formula.

I don’t know if you are familiar with the recent case of a young Mexican journalist (Inés Sainz) who came to the US to cover a New York Jets practice.

Yes. I have an interesting take, different than most people. Back in the 1970s I was involved in a case when I was working for Sports Illustrated in trying to just gain access to those locker-rooms that we are talking about now where women reporters do have equal access with their male colleges. So that was where I was coming from at the time. I was put into a situation of literally fighting against the overseers, the commissioner at this point for baseball—football was the same way—. So here is what I was encouraged about by that: I was certainly not surprised to see this kind of behavior on the part of some players, not all of them.

But what I saw here were two things. I saw a league, the National Football League, who said “we will not tolerate this”. They came down against the players for their behavior. They didn’t say “a women has no right to be in there, it was her fault for being there”. The second thing is you had an organization of women sportswriters, which didn’t exist when I was there. There was nothing to support my efforts or the efforts of other women. No w you have this organization that has a voice. They used in this case to demand, really, that the commissioner, that the team, that the football league, take action to try to make sure that these kinds of things don’t happen again. Can they make sure? No. Human beings are human beings. These things will probably happen, but the fact is we heard about this story three months ago and we haven’t heard about another incident like it.

But in Mexico there is no access for women to male sports locker-rooms. That’s a fact. Would you advocate for Mexican women to try to break that model?

Sure. In my case it was never about access to locker rooms. It was about equal access to whatever my male colleagues had in terms of their ability to get to the players. It was a situation where I could not do the same job I needed to do as a reporter. I don’t think the argument is whether women or men should go into locker rooms, but it’s a question of what the equal access is. It’s a decision that was made by the teams that because women were going to be allowed into the locker rooms now all of the interviews would take place outside them. That’s no my concern. My concern was that I have equal access as the male reporters. So I think that in some ways the locker-room stands as a great symbol for it, but the larger issue is the one about equal access, not where it takes place.

Are you concerned that some editors or TV bosses still place women in sections like Culture, Fashion, Showbiz, just because they are women?

I think women have proven themselves enormously capable of covering any topic they want to cover. So I would say it’s probably detrimental to the station if they are making the decision to segregate women into places where they are not taking full advantage of the talents they have within their newsrooms. That is not to say that Culture, or Fashion or Lifestyle should not be covered. I know that often times the Family or Children beats are kind of like a woman’s area. That’s a beat that I fought to cover because I just so believed that those stories were important to be told. Did I feel it was a ghetto? Did I feel I was being segregated by being put in there? Not at all. And there are men that cover that beat incredibly. We seem to think softer stories are women’s stories and harder stories are for men. Well that’s not just true at all. The proof is in the pudding. There are women and men doing both.

Of course this is very true in the United States. But can a newsroom go against cultural gender trends?

It’s possible. But is it likely to happen? Probably less likely. I think the argument is being made very effectively in a number of levels in terms of the growth of countries is the education of women, that’s what really driving the economic well-being in any number of countries. These arguments are being made over and over again. So I think it will not be to long until the economic and cultural arguments find their way. Women should be part of that, they should be doing the kind of stories that bring this awareness to public view. And I think they are. That’s what happened in my country. The media played a role. It will happen.

Over in Mexico it’s very hard to find women in top editorial levels of major news organizations. When we talk about equal access and work for women, is this just on a rhetorical level?

That’s something that takes time. If you were to look back at the era when my case was being analyzed in the late 70s, you’d find an extraordinary male predominance of those top positions in newsrooms all around the country and certainly in my magazine. Many of those positions are now being held by women. So it didn’t stop us from moving ahead on the equal rights position. But again remember, that was taking place in a climate of women’s equal rights movement. This was in a climate of a number of women suing there own media organizations or institutions. It certainly is still the case that predominantly you’re still finding men in the lead positions in many of these places. But certainly there’s been progress.

Do you believe that women have become smarter and have started to become aware that by playing with their feminine charm, like putting on make-up or being sexy, and not just their intellect, they actually have another weapon for their work?

You know, you’re talking to the wrong person, I’ve never worn make-up in my life. I don’t even know how to flirt. Does it happen? Sure. We go back to the fact that we are human beings. There are women and there are men, and as long as there women and men there are going to be signals that are sent by various ways between the sexes. That’s not going to change. How women choose to use it I guess it’s their call.