The Education of Love & Desire. My thoughts after watching Twin Peaks 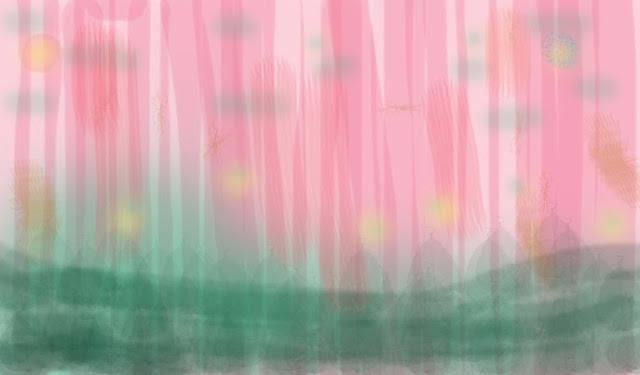 Months after I first saw the pilot episode of David Lynch's Twin Peaks series (1990-1991) I resolved to finish the complete 30 part serial drama. Having viewed other interesting, more modern, series such as Hemlock Grove (2013) that reference Twin Peaks as a mayor source of inspiration, my initial goal was to try to locate pivotal scenes or topics that have become “normal” by today's television standards, yet owe a large debt to Lynch's product for paving the way more than twenty years ago.

In brief: Twin Peaks is a marvelous narrative achievement that builds an impervious storyline around faulted but lovable characters. Even though the latter part of the series feels weak in comparison to the opening act when the principal murder is resolved, Lynch manages to place layer upon layer of mystery to keep you glued to the seat.

This blog entry will not dwell on the particularities of all the characters involved in the series. It will focus on the what seems to me as the most important theme throughout the whole Twin Peaks universe. I posit that the titular town is Purgatory and its denizens are souls climbing arduously to reach some kind of liberation from their Earthly passions. It's a difficult task, mired in random actions by characters that influence the road taken by other characters with the same interest.

Now the main inspiration for this whole Purgatory idea came to me after I watched the Twin Peaks movie that closely follows the actions of the series main storyline. Twin Peaks: Fire Walk With Me (1992) tried to close some of the most notorious questions left unanswered after the series' abrupt ending. It succeeded, in part. Strangely enough, about the same time I watched the movie, I was midway into Dante's Purgatorio.

I had already read the Inferno some years ago and the second book in the Divine Comedy, as Allen Mandelbaum has stated in his verse translation of Dante, is in essence an education of desire. Virgil and Dante must climb the Mount of Purgatorio whilst Dante leaves behind his will of Earthy desires. His companion is there to guide him, preparing him for the arrival of the Earthly Paradise, yonder the seven terraces that correspond to the seven deathly sins, here presented in reverse order, since the Mount is placed upside-down at the very end of the world: pride, envy, wrath, sloth, avarice, gluttony and lust.

Catholic tradition states that pride is the worst of all sins, since the prideful can act out the other six sins and still think they are acting in reason. In Dante's cosmology, however, pride is located at the very start of the terraces, after the ante-purgatorio, because it's the base of the tower that leads naturally to all other sins and therefore the souls who are stranded in this level take the most time to ascend the subsequent terrace.

Lynch nodded to his audience by subtitling his movie “fire walk with with me”. It's a phrase spoken to Cooper, the protagonist, in chapter 5, probably the most important episode of all. In the critical sequence (that gives the clues to resolve the murder of the entire series) one man recites the following poem. I have included the seven minute sequence so the reader can appreciate the context of the words spoken:

Three important female characters seem virginal in respect to the their counterparts: Shelly, Donna and Audrey seem to “float” above the rest of the cast and usually are only guilty of the common female peccadillo of overzealous curiosity, which gets them into trouble. Every single one of the characters, though, is presented with the opportunity to “fire-walk” with each other, that is, to indulge in some kind of sin that stems from their desire. For some it's the love of money, for others, the hunger for some kind of drug or the impulse to control, destroy or posses another person.

There's a great scene in one the episodes where the mill is burning and Catherine Martell is trapped inside it. Pete Martell resolves out of compassion to enter the flaming building and try to rescue his wife, even though it's clearly established by then that she has no interest in him anymore as a husband or as a person, frequently lying to him, treating him spitefully and committing adultery with another important character. Pete goes into the fire anyway because she loves her, leaving behind her faults and sins.

This scene is a good analogy to try to get my point across: every personage in the series is fire-walking in some way or another and the only way to bridge the gap between both worlds is to forgive yourself first and the forgive the one who wronged you. The only way to achieve this is by love. Pete does this automatically, given the urgency of his situation. There is no time to think about it: he just goes into the fire to find the one he loves.

As Virgil states in Purgatorio:

Love is the seed in you of every virtueand of all acts deserving punishment (XVII, 104-105)


You can attain this virtuous state if you can curb your desires, fire-walking between the two worlds. Twin Peaks thus becomes the place where all souls can be saved, given that the person who reaches in between these two worlds—light and dark—goes into the other one with a clean heart. A beautiful line by Novalis sums the idea:

The seat of the soul is there,
where the outer and the inner worlds meet.


I bumped into the phrase in the first pages of Joseph Campbell's fantastic little book called The Inner reaches of outer space (1986).

Surely Lynch had already read some of his writings by the time he made Twin Peaks. His beatific absolutions of both Laura and Leland seem in accord with the achievement Dante feels when he reaches the top of the Mount and is at the threshold of the Earthly Paradise, as Virgil says to him, once again, mentioning the fires of passion:

Today your hungerings will find their peace...My son, you've seen the temporary fireand the eternal fire; you have reached
The place past which my powers cannot see.I've brought you through intellect and art;from now on, let your pleasure be your guide;your past the steep and past the narrow paths...Await no further word or sign from me:your will is free, erect, and whole—to actagainst that will would be to err: thereforeI crown and miter you over yourself (XXVII, 115-142)


If you're a reader of Campbell, you'll quickly notice that most of the problems of the mythological world he explores are borne out of desire or fear. Both are irrevocable connected. They are clearly connected in Twin Peaks, but most interesting is that they are also a common theme in at least one other film by Lynch. I'm talking of course about Dune (1984), the great science fiction novel by Frank Herbert published in 1965 that Lynch adapted to cinema. My favorite part of the movie is presented within the first minutes of the otherwise dubious film. Here you see the main character (also acted by Kyle MacLachlan) battling his inner fears. At one moment he recites the following lines, taken in verbatim from Herbert's book, where they are referred to as the “Litany against fear”. You can watch the complete scene to gain more context of the words:

I must not fear.Fear is the mind-killer.Fear is the little-death that brings total obliteration.I will face my fear.I will permit it to pass over me and through me.And when it has gone past I will turn the inner eye to see its path.Where the fear has gone there will be nothing......Only I will remain.

Basal urges produce this fear. I found a direct correlation to the three first chakras of Buddhist philosophy, those that funnel energy to the regions of the anus, genitals and navel, and the first of the three deadly sins that Dante and Catholic canon consider the lowest of the seven: lust, gluttony and avarice. When your vital energies are depleted in these basal regions there can be no aspiration of a higher love or cleansing of the mind. It's noteworthy that the words on love that Virgil offers Dante that I have cited above are spoken in the passage from the third to the fourth terrace, that is, from the primary animal urges to the more elevated feelings of the heart. It makes no difference that The Mount of Purgatorio is upside-down, the passage would be still be in the same place if we where somehow to place it from seven to one. This passage corresponds to the four higher spiritual chakras, namely being, in ascending order: the heart, larynx, forehead and the crown of the head.

As Campbell notes, the representation of Satan is Dante's Inferno corresponds to a being with three heads. One red (Impotence), a second black (Ignorance) and the last pale whitish-yellow (Hate), all of which oppose the traditional Catholic Trinity of the Father, Son and Holy Spirit, namely Power, Wisdom and Love. Buddhist’s attribute these as Existence, Knowledge and Bliss.

All of the inhabitants of the Twin Peaks universe play a fundamental role in their flawed universe. For very brief moments we see they achieve completeness, only when their actions are in accord with their heart, not their primal desires. Pairs of opposites keep them from finding their bliss. 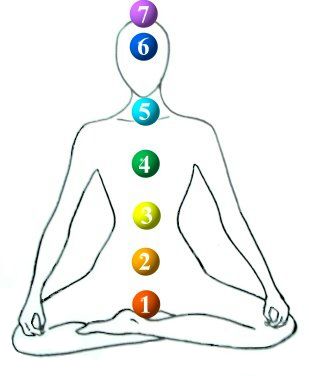